Amar Singh, CEO and co-founder of Cyber Management Alliance, took time out with Steve Abbott, CEO at DocAuthority, to find out more about his non-traditional journey to where he is now, the startup businesses he’s been involved in and how timing is everything when establishing a startup, why he thinks change is a good thing and how best to manage change within teams, and what he believes to be the threats to enterprises over the coming years.

How did your upbringing influence your view on change today?

Steve spent the majority of his childhood travelling with his family; his father was involved with fibre optics and built telcos in countries that didn’t have an infrastructure. The nature of his father’s job took him around the world, but they rarely remained in any country for more than three or four months. To date, Steve has visited 146 countries; his aim is to reach 150 countries!

Did your childhood experiences have a positive impact on your journey?

Steve believes that the constant travelling as a child has helped him to manage change. Whilst a lot of people find change challenging, Steve expects change and he has found that being a CEO, it’s important to manage and drive change. People get used to where they are and when change happens, their concerns come to the surface. Part of his job as CEO, says Steve, is to give them the vision to drive the change.

In your opinion, are we living in an environment of constant change and if so, is that good or bad?

Ultimately, it’s good, says Steve. People that get stuck in their ways are not always the most open to new ideas, new concepts.

“It’s all about innovation if we want to have a better life – if we don’t innovate, we go out of date”.

Steve believes it’s important for us to manage change and expect it, or you may get left behind.

Tell us about your journey to CEO

Steve is referred to as an ‘auto didac’, someone that hasn’t had a formal education. Steve’s education was to travel, meeting people in different cultures and seeing their point of view; it was very refreshing for him. From Steve’s perspective, leadership comes from a natural ability to expect change and to help others to expect it more easily than they would if they were perhaps on their own.

What was your first CEO job?

Steve’s first CEO role was in 2001, a role which he thought he wasn’t ready for but it also felt natural for him. Pushing himself into the role, he learnt much from the co-founder of the company. Steve believes that the trust you have working with people from the past to today is very important and when people ask what’s the difference between a great startup and an average startup, he believes it’s the trust between the leadership team

What’s the difference between a really good startup that will be successful, and one that has great ideas but doesn’t succeed?

Steve has been involved with and sold seven startups, and has been CEO at three of them; DocAuthority is his ninth. As far as he’s concerned, it’s important that you don’t pivot, i.e. don’t change for changes sake. Do your homework, take your time and don’t rush.

“You’ve got to look at reverse engineering, that’s the market is looking for, and the exact form factors that they’re looking to buy. Be patient and don’t pivot – I think that’s the secret to a great company”.

What’s been the greatest learning curve?

Timing, says Steve. He believes that if they’d had the same product they’ve got at DocAuthority five years ago, nobody would have been interested. It’s the same technology, same vision, but the timing is wrong – timing is everything… plus a little bit of luck and a little bit of determination! Steve adds, be fully committed and don’t give up.

Why is the timing right for DocAuthority?

One major consideration, says Steve, and that’s the privacy laws which are becoming default in most Western world countries. When we looked at DocAuthority two years ago, it was clear that the biggest problem is the management of data, we’re literally aren’t managing it. Steve explains that most companies can’t identify their important data assets and that’s something we need to focus on. Today, nobody knows what they have, they don’t know the importance of what they have, and don’t know who can see it.

What do you look for when hiring?

For Steve, he believes you make a decision about hiring somebody in about five seconds. It’s the instant impression you make and that’s all about looking somebody in the eye, and being opening and welcoming – it’s about the interface between you and your peers/senior management, and being transparent.

In your opinion, does a CEO/senior executive need to be technical to succeed in the cyber/IT world, or is that not a pre-requisite?

As far as Steve is concerned, he doesn’t think it is. He believes it’s important to be aware of the past and understand how we got here, good or bad, but you don’t need to be overly technical. Steve suggests that sometimes being over-technical can create an inability to see the bigger picture; it’s more about understanding the customer problems very well, and not necessarily the solution.

What do you believe are the threats facing enterprises over the next 3-5 years?

Steve believes that with the disappearance of data centres, the key part is to manage what goes to the cloud, who can collaborate with that, the information that is being shared, and keeping track of everything that’s going to places that perhaps you don’t understand.

To hear more valuable insights on why we should expect, manage and drive change, improve our data management capabilities, and why we need to innovate to keep ahead, view our exclusive Insights With Cyber Leaders interview with Steve Abbott, CEO at DocAuthority, by clicking here. 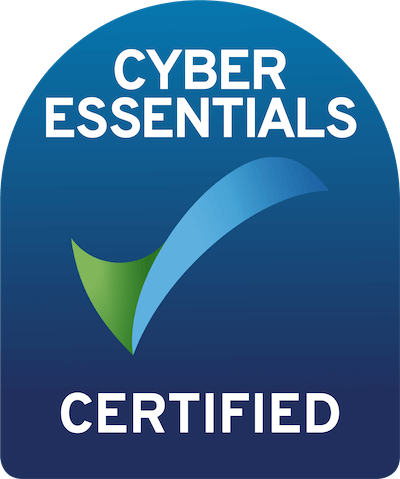